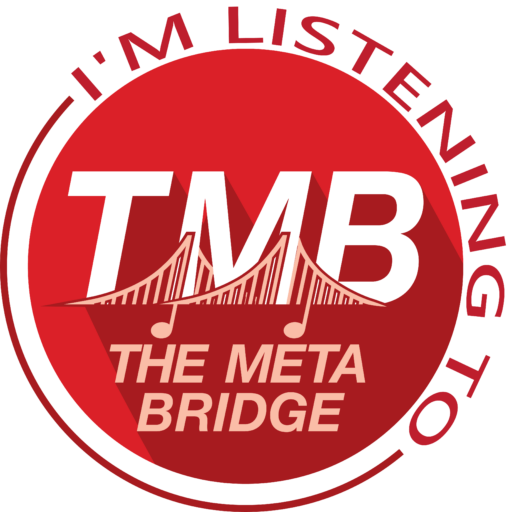 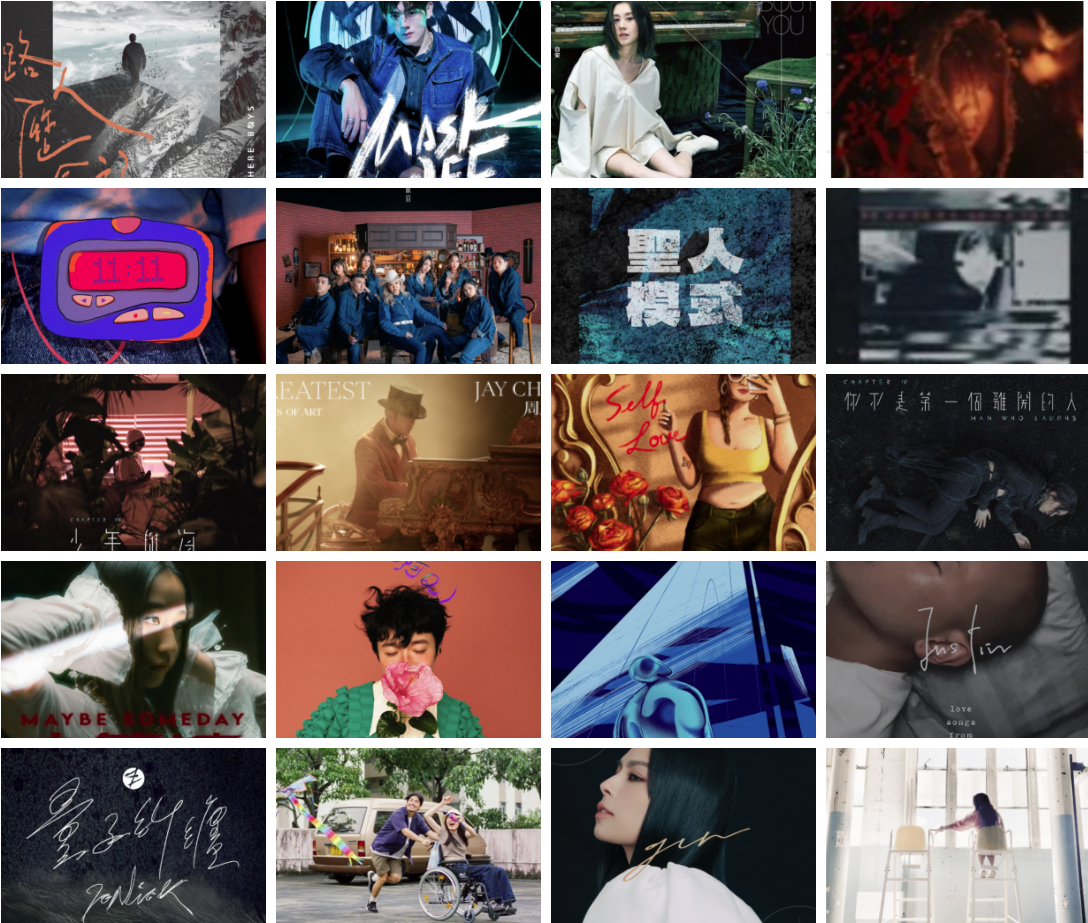 The best so far are chosen from new releases this year. To rank them, we came up with four categories: Music, Vocals production and Vibe. Here’s our list:

When a song starts with just notes on a piano, we are about to listen to a conversation between two instruments. In the ‘Man Who Laughs’, the dialogue is started with a trill of notes on the piano, waiting for an answer to know it has been heard. As we wait for a response, we are forced to listen all the more closely. The reward is that you cannot help but be carried away by the music when it comes. When the voice, as an instrument, plays off the depth and range of a piano, it evokes our emotions. It’s a winning combination. In the “Man Who Laughs“, G.E.M. tells a love story as old as time, knowing she is not the first to be scared by love that leaves or heals a broken heart. The story reminds us that sometimes to love someone is to wish for their happiness, even if it comes with the realisation that we must let them go.

The sitar-sounding strings plucked over the chorus are a good touch. The lyrics talk about how people wear masks and hide who they are on the inside. Still, at the same time, he was telling everyone on social media that they don’t need to wear their masks anymore because he knows who they are deep down inside. So stand centre stage and be who you are. The bass line and sitar combo make you want to dance and keep you moving. Great production on the track gives a polished sound to a song you want to turn up and sing as loud as you can—a good message and a great mix

We fell in love with this song after the first five notes. A guitar and a dreamy voice. The pause in the middle of the song is masterful; just when you are wondering what’s happening, the music comes back in, bringing with it the plucking of electric guitar, combined with acoustic. A simple story but one we can all relate to. The vocals are enchanting; the song is paired to a minimum, making it all the more effective. Great music, and a great voice.

The guys in the band are some of the nicest people you will ever meet; they are down to earth, easy to talk to, and have wicked humour. Some of us were lucky enough to hear them when they played The Underground at the beginning of their career. It’s fantastic to see them enjoying their success these days. On this track, the rhythm behind the band is rock solid, and ToNick’s signature energy comes through in full force with a surprise ending.

Opening with Saxophones to set the atmosphere, Qing’s vocals come in and grab your ear, joined by  Yanzi. The song takes an unexpected turn for me, and my feet tap to the beat as Qing and Yanzi exchange lyrics. I didn’t expect the music to evolve into a dance song with an infectious counter beat. Combining the lyrical styles of Qing and Yanzi works incredibly well to create a unique sound, and a solid dance song evolves from their eclectic style. Qing has a vast range that’s put to good use. DJ RayRay has also done an exciting remix that is worth a listen.

This song is an anthem for those looking for love in all the wrong places. Whyte sings about self-love and acceptance. The lyrics are captivating, with a soulful RnB voice that will have you hooked from the first verse.

Starting with a dreamy guitar and Whyte singing how she says, “I’m not perfect, I’m just me” to herself. It is a powerful message of self-acceptance – something that many people struggle with in their lives. The reverb on the keys gives the song an ethereal feel which matches Whyte’s voice. When the bass kicks in, the music goes into a soulful groove, filled out with backing vocals creating a full sound that will have you hitting repeat.

This song makes me think of sailing across the seas to unchartered lands and being pulled forward by something powerful yet unknown. When you listen to this, turn it up very loud. The harmonies around the vocals are outstanding, the percussion, the use of the violin  – it’s hard to say anything about this song. Nowhere boys deserve all the success coming to them and then some. This is a band in creative bloom.

We had to think about whether one artist should be in twice, but that would be unfair to the artist, however, G.E.M. is the only artist to be in twice. Her voice and the time and effort to create her sound pay off in this unusual mix. However, based purely on the lyrics alone, one could miss the song’s depth This is one where the video enhances the song experience so much it’s hard to convey here. The song, which opens with whispers and G.E.M. conducting the music with her voice, grows into the orchestration which takes us on a journey through memory. This is a piece of art, a  ‘mini drama’ piece full of the cruelties life can deliver, only for us to rise in a new direction. Remember the song first, then the video – it will create a more significant experience and you will be glad you did.

The concept of this song grabbed our attention; opening with the cross between classical and modern, Chou paints a picture of Paris by using the Accordion as the tour guide over a hip-hop beat and, at one point, having a complete break for a classical rendition on the Piano It’s a well-told musical story from a very personal perspective a proper blending of genres artfully done.

Joyce sings, “I’m not afraid to show my big boobs and butt.” This line is critical because it sets the theme for the song. She talks about how she used to be ashamed of her body and would always cover up when other people were around, but now she has a more confident attitude because she loves herself. It’s a great message and an even better song.

A sultry beginning leads to a mix with Cheung’s vocals floating over the top, a smooth RnB sound with subtle use of strings. The bridge leads us back to the Chorus, which is instantly catchy. Excellent Vocal work grows on you the more you listen to it. This song’s mix and arrangement combine to create an enticing vibe.

Had to listen to this one a few times before it grew on us – which is the mark of a good song. After all, any song that makes you say I want to hear that again has done its job; the guitar work and harmonising on this fill out the sound and make it stand out for us. A song about toxic relationships and the risk of telling someone they are in one is a powerful message backed up by a powerful sound. Pandora combines both to perfection in this track.

This song is infectious from the get-go, upbeat, and optimistic. The melody gets inside your head, and you will find yourself singing along. Per Se is an up-and-coming band that writes solid pop songs and doubtless has much more for us to look forward to. Their unique sound is a refreshing change.

Should you or shouldn’t you – if you tell them how you feel and they don’t feel the same, or even worse, think the same but for some reason won’t or can’t admit – this song will resonate with those who struggle to stay platonic. The opening is so unusual that repeated listens are guaranteed. The arrangement that went into the song is pure ear candy.

The trumpet over the intro tells us we are in for something different, harmonising vocals set over a Piano riff. The cross between languages and genres between the music’s first and second half creates an intriguing, well-put-together song. This is a well-crafted piece of music, from trumpet over Piano to harmonising voices ending with a sprinkling of electronic drums.

At first, we nearly overlooked this song. There is something unusual about the vocals, and we wanted to know more about how it was achieved. It blended Bai An’s talent and單為明 Link Shan, who mixed the music. The combination makes for a vibrant sound to her voice that’s quite something to hear.

I love the Piano opening to this song and the fact that the perhaps obvious addition of strings doesn’t overtake the music. The song’s message that we can auto-correct our lives and ignore what’s in front of us – keep making excuses, so we don’t ever accept things seems apt in this Covid world we live in. The opening to this song immediately pulls you in. That melancholy riff keeps coming back to remind us that sometimes we have to take a cold hard look at the truth.

Haunting guitar with space for the vocals makes for a great intro. Thinking the song is going in the way of big ‘synth strings’, it instead turns into a more significant piece created by the room for the vocals. As the music progresses, there’s jumping backwards and forwards between genres, which works very well. It’s a light-feeling song that is, in fact, full to the maximum.

It’s her singing, simple as that. The musical arrangement is solid and well put together and it’s a well-crafted song. But what really hit us was the vocals. From the opening words to the end, Lee holds the passion all the way through and it’s the making of the track. We enjoyed this for the raw connection between the artist’s expression, the words chosen to portray the message, and Lee’s vocal range all combine to create something special.

This song lets you know from the start what it is, a love song and builds from there. At around 1min 20 into the song, a late 80s guitar comes in, and the music climbs to another level; it’s expertly done and allows us to welcome the broader ensemble.  Some may not be massive fans of the love/pop song genre generally, but Justin does it so well that it deserves to be on this list of stand-out new releases as a stand-out to the genre.

So, that’s our choice so far – let us know what you think. Have we missed anyone? let us know in the comments below

郑欣宜 – But I’m Not Lonely 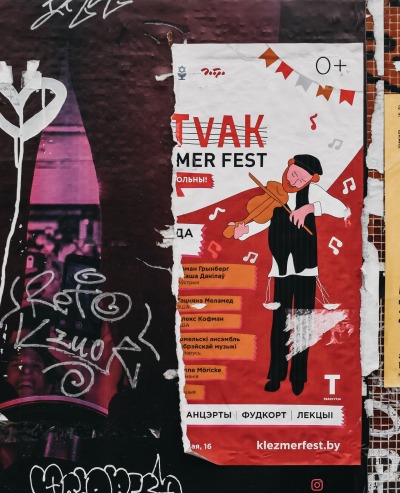 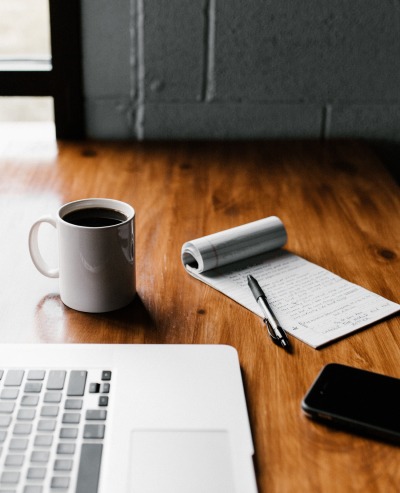